About the Blackstock Battlefield Passage

Preservation of the 54-acre Blackstock battlefield and construction of the Palmetto Trail are a combined effort of Palmetto Conservation, the Spartanburg Greenway Alliance, and the Mary Black Foundation. International Paper Company donated the site. AmeriCorps NCCC (National Civilian Community Corps) assisted with passage construction. Botanists from the A.C. Moore Herbarium at the University of South Carolina conducted rare plant surveys, and on-site displays highlight the region’s plant and animal life.

No motor vehicles. No Hunting. 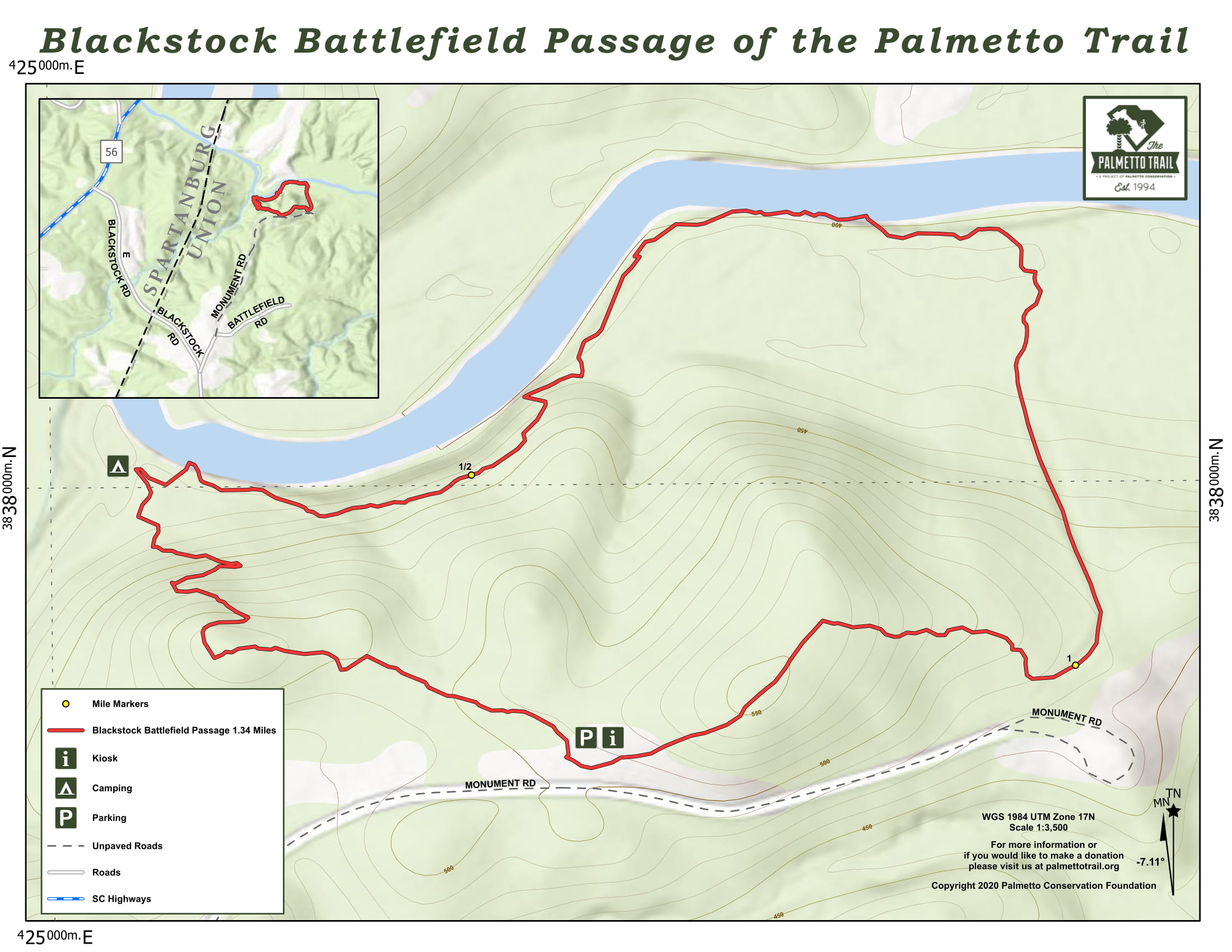 Camping is not allowed

Stay Hydrated
Without enough water, your body simply can’t perform as well. If you feel thirsty, your body is already becoming dehydrated. It is hard to drink too much water when you’re physically exerting yourself. Carry plenty of water and remember your pack will get lighter as the day wears on.